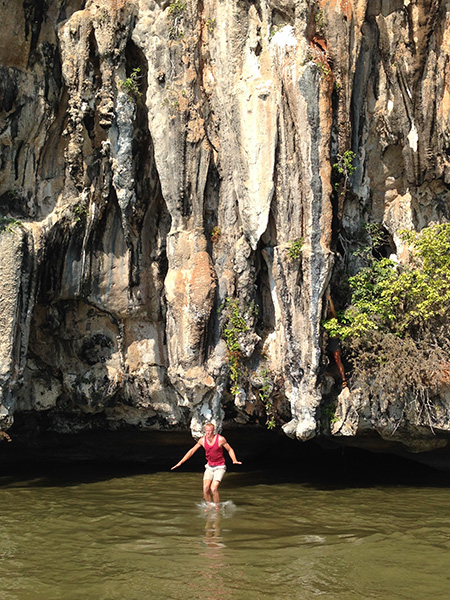 Deep-water soloing (DWS), also known as psicobloc is a form of solo rock climbing, practiced on sea cliffs at high tide (originally, but also on reservoirs, rivers, swimming pools -indoor-,...), that relies solely upon the presence of water at the base of a climb to protect against injury from fallings from the generally high difficulty routes. Although this is viewed as a relatively new style of climbing, it originated in the 1970s. Real development of the style began in the mid-late 1990s, and is progressing to this day.

DWS became slightly more mainstream amongst climbing when a couple of short films were made by popular climbing filmmakers - BigUp Productions in 2003. The films featured some of the sports pioneers - Tim Emmett, Klem Loskot and a newcomer to the style, Chris Sharma.

Normally a dinghy is used to pick up the fallen climber as a fall from a taller route can still knock him/her out, causing them to drown. 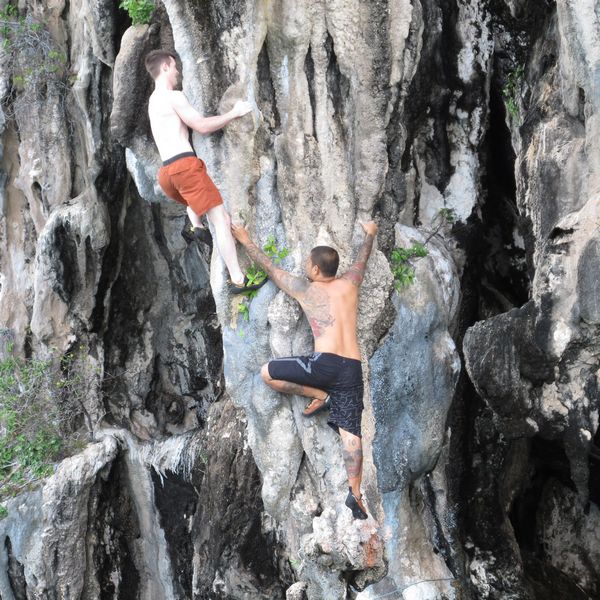 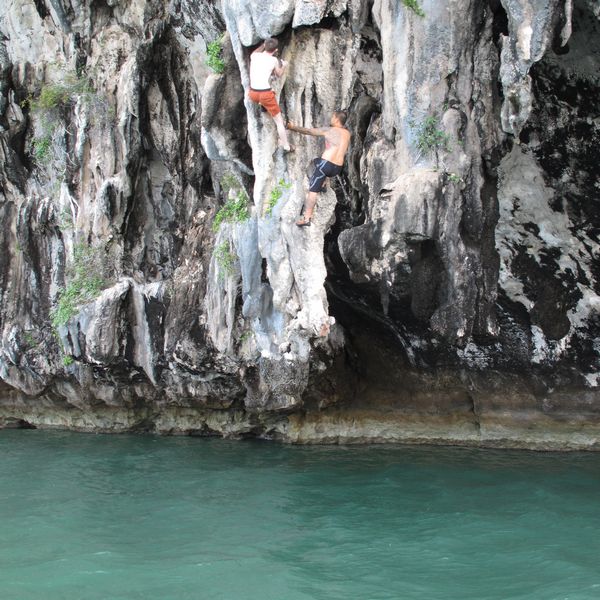 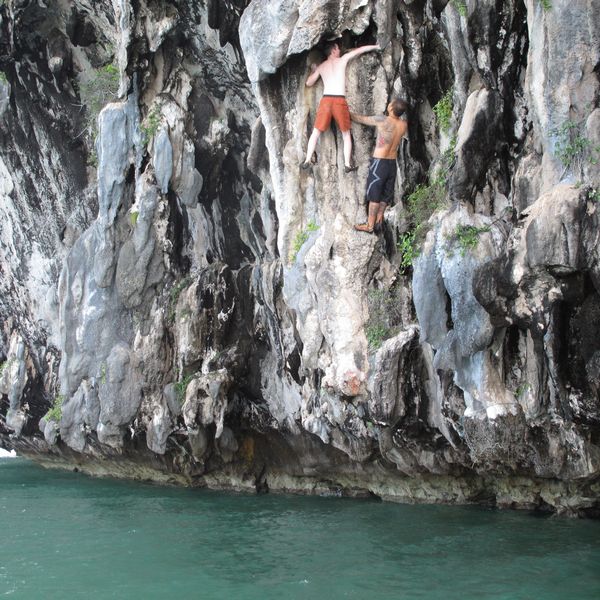 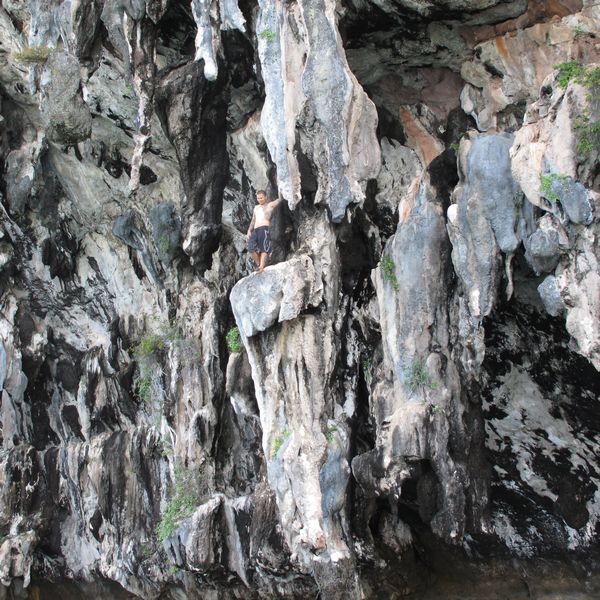 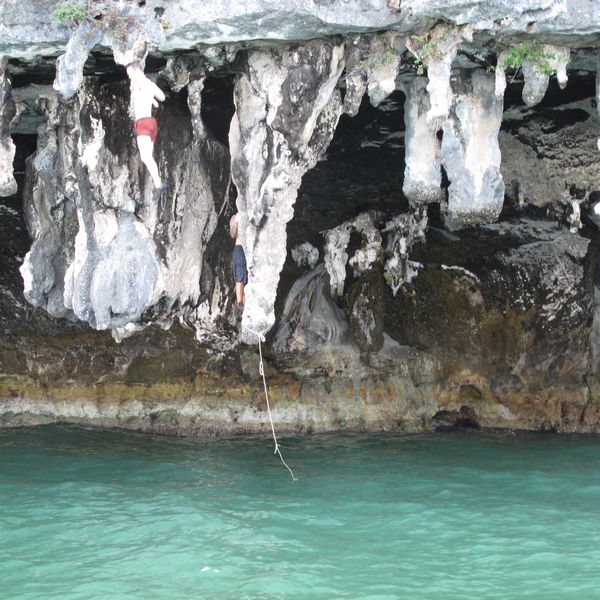 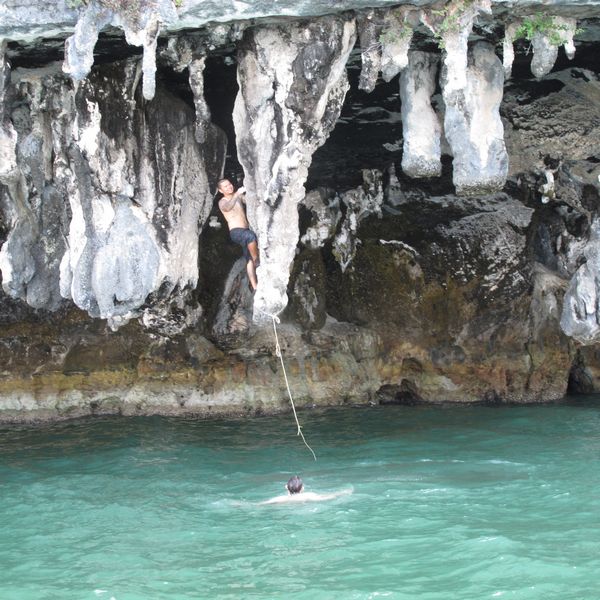 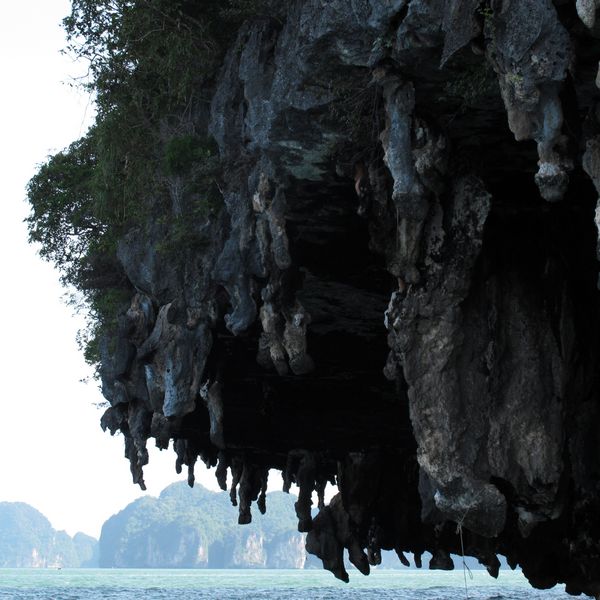 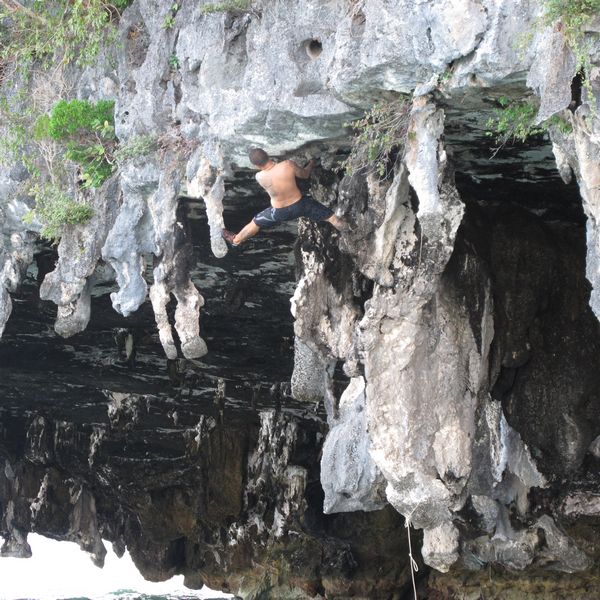 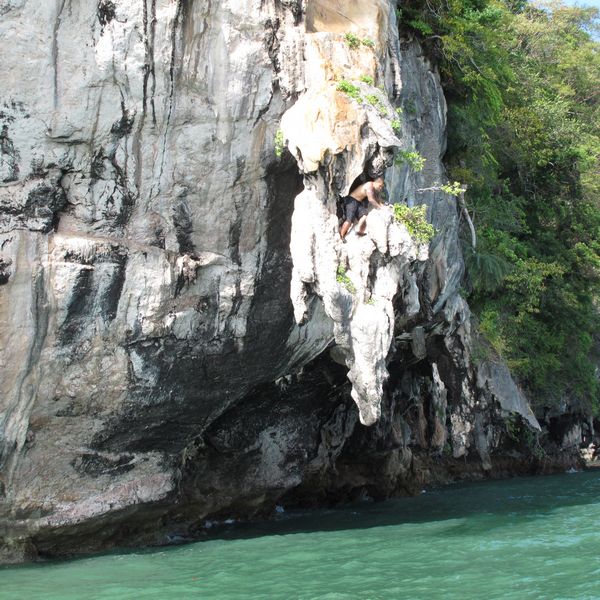 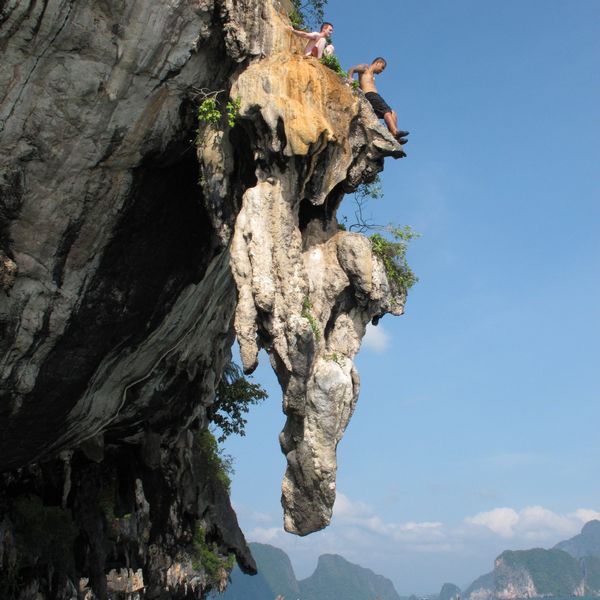 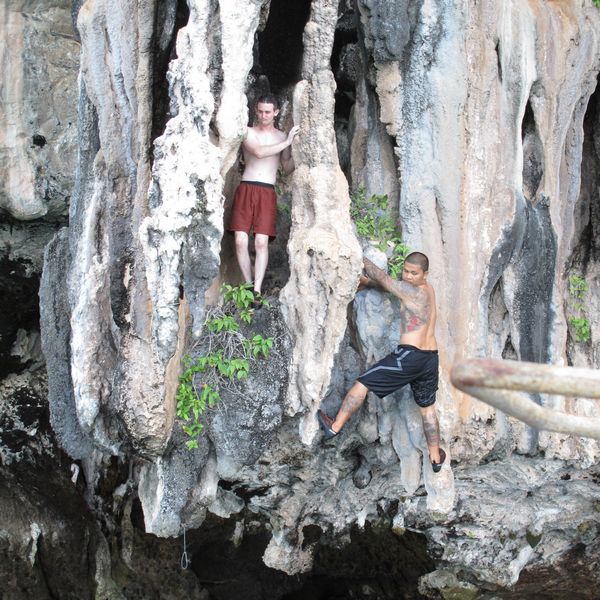 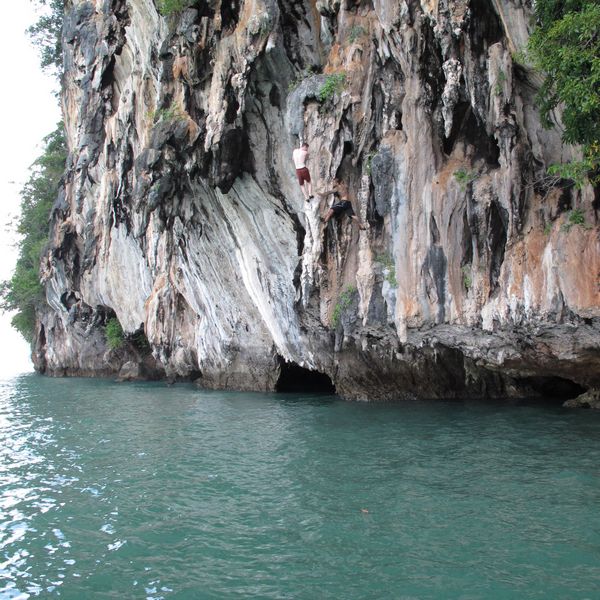